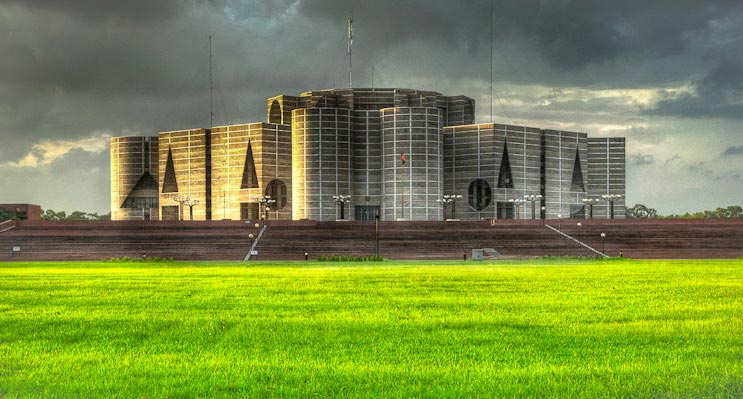 You will visit two of the most impressive buildings in Bangladesh. Both have won the Aga Khan Award for architecture. We may also have the opportunity to visit an ultra-modern Bangabandhu Sheikh Mujibur Rahman Novo Planetarium from outside if it is not open.

The National Parliament House is one of the twentieth century’s most significant buildings and one of the largest legislative complexes in the world. It was designed by world-famous American architect Louis I Kahn, who was the former Professor of Architecture at Yale University in the United States.

Bait Ur Rauf Jame Mosque is a modern, 21st century designed Mosque that won the Aga Khan Award for Architecture in 2016. The main architect was Bangladeshi Marina Tabassum. Her architectural key design concept was to utilize simple, unadorned materials and vernacular construction techniques to emphasize the interplay of light and shadow, creating a space for religious reverie and transcendence.

Pick up from your hotel. We drive to the National Assembly Building.

Enter the Parliament Building and visit all major sections of the building including the Library, the Mosque, and the most impressive Parliament Chamber.

Lunch in the Parliament Cafeteria

Drive back to your hotel to be dropped off. When we arrive we say goodbye. End the Architectural Tour. 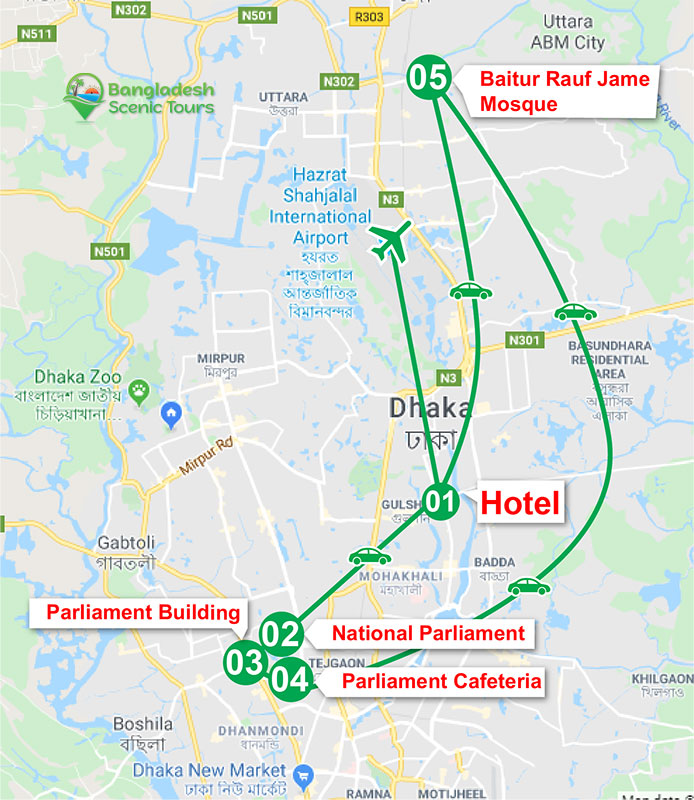 Price From
$80 Per Person