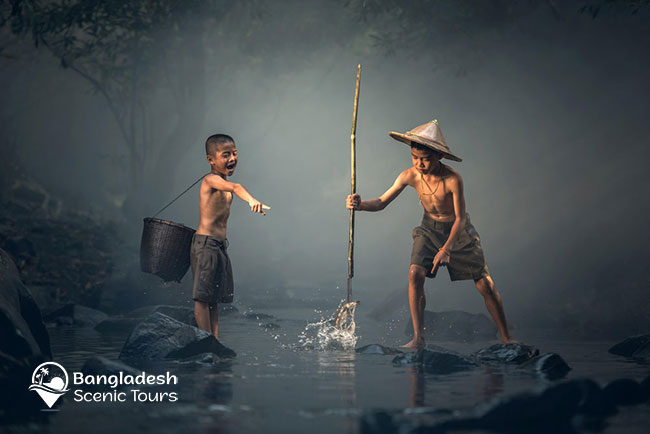 Bangladesh is a land of beauty. The land is filled with numerous natural blessings. This is a riverine country. But there are historical elements as well. Many of the places have been explored by the local people and tourists around the globe. So, today we are talking about the top tourist spots in Bangladesh.

Bangladesh is famous across the world for a few of its tourist spots. We can name Sundarbans – the largest mangrove forest of this planet, the longest sea beach, Buddhist kingdom belonging to the 3rd century, the other UNESCO World Heritage Sites and more.

Besides, if you want, you can explore the lush green tea gardens, rides on the river, enjoying traditional foods, shopping at the local markets and the list is increasing.

Based on the facts and figures, we have set some of the best places which are must-visit for you during your trip to Bangladesh.

However, there might be sites unexplored. And if you are the one to discover them, please mention them in the comment section. We shall accordingly update them on this list to enrich it. Let’s see the top tourist spots in Bangladesh that mention below.

Must visiting spots in Dhaka

Lalbagh Fort – This is a 17th-century Mughal Structure. It was in the center of the city at that time to rule over the country. Construction of the fort took several phases. But now the structure is a symbol of the Mughal architecture. It holds some of the relics in ancient times. You will get immense pleasure after visiting here.

Ahsan Manzil (Pink Palace) – Aimed to be used as the residence of the Nawabs of Dhaka, this is a splendid structure. It was built in the 19th century. The palace is also known as the pink palace for its color. You will find lots of elements used by the then Nawabs. Standing right beside the Buriganga River, this is a great place to spend some moments.

Armenian Church – This is a wonderful church in the capital. It was built in the 18th century. The Armenians built it for religious purposes. Now, this is a quiet palace of prayer for the Christian community living in the capital. The structure is nice and you will enjoy visiting here.

Star Mosque – The mosque derived its name for the stars on the outer shell and inner parts of the mosque. This mosque was constructed in the 19th century. Locally, the mosque is also known as Tara Masjid. This is a religious place for the Muslims. They say their prayers here. You will find a sense of peace after stepping inside the mosque compound. So, this is also on the list.

Dhakeswari Temple – Dhakeswari Temple is the National Hindu temple in the country. It was established in the 12th century. Now, a large number of Hindu devotees crowd at the temple in different religious occasions. Besides, foreigners also find this place as a great tourist attraction.

National Assembly building – Jatiya Sangsad Bhaban or the National Assembly is one of the most famous structures in Bangladesh. It was designed by reputed US architect Louis I Kahn. The households the assembly of the parliament members and also play a key role in forming the legislation.

Sadarghat River Port – Sadarghat is the principal river port in Dhaka. The port is filled with life and numerous people use the port either to enter or leave the capital. Moreover, you will find some thrilling boat rides on the Buriganga River from this port.

Places to visit around Dhaka

Panam Nagar – Panam Nagar is now the abandoned city. Earlier of the 20th century, it was the city of Hindu merchants. They built a small house in the city for entertainment.

Folk-Art and Crafts Museum – The museum displays the local culture of Bangladesh and the surrounding area of Sonargaon. You can find the relics of ancient times when it was in the position of the second capital.

Goaldi Mosque – Built during the 16th century, this is a historical mosque in Sonargaon. The mosque is the specimen of ancient architecture in the country.

Baliati Palace – Located in Manikganj Upazila, this is a wonderful palace of Hindu feudal landlords. The palace has a gorgeous look even today. It was built during the colonial era.

Bagerhat – the city of mosques – Bagerhat is a lost city that was filled with wonderful mosques. The city was founded in the 15th century. Now, this is a World Heritage Site. A large number of people visit the city and this is especially famous for the Sixty-dome mosque.

Sundarbans – Bangladesh proudly owns Sundarbans, the largest mangrove forest. This is also a World Heritage Site. The forest is the home of different and some of the rare species. This is also the abode of Royal Bengal Tiger.

Puthia – Puthia is the village of temples in the Rajshahi district. Most of the temples are historically important. So, the village turns famous for accommodating the temples here.

Mahasthangarh – This is the oldest city discovered in Bangladesh. The city dates back to the 3rd century. And there are lots of historical relics available here.

Tajhat Palace – The palace is located in Rangpur. It was the residence of a Hindu landlord. Now, this is a great attraction for visitors.

Nayabad Mosque – The workforce who came to Dinajpur to build the Kantajew Temple built this mosque for their prayer. It was built in the 18th century. The outlook of the mosque is splendid.

Must visit in Sylhet

Jaflong – If you love photography alongside traveling, this is the other best spot. The place is naturally beautiful due to its location near the Indian border.

We hope you enjoyed our tourist spots in Bangladesh. If you want you can see our best places to visit in Bangladesh in our other blog post. If you want to visit these places and need any kind of information you can contact us or comment on the comment section. As a leading tour operator in Bangladesh, we are always ready to provide best service. 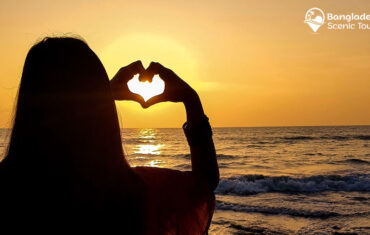 Things to know before traveling to Bangladesh 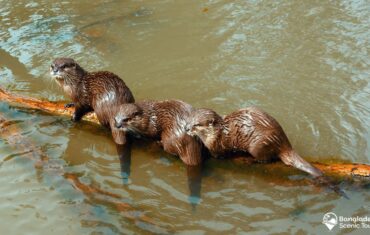 11 must visiting tourist attractions in Dhaka