Dhaka is the capital city of Bangladesh and it is a magical city. There are a lot of tourist attractions in Dhaka that you can’t miss. In this article, we give you a complete guideline for visiting Dhaka.

A complete guide to visit Dhaka

Want to check-in all the tourist attractions in Dhaka?

Bangladesh is located in Southeast Asia and Dhaka is its capital. This is a small city with a huge population. It holds around 16 million people and the number is increasing day by day as people come here to start their life and career in this capital.

Besides, this is the place for street photography. A large number of events are available in the city to be captured. The subjects are varied and it will take around a week to cover only a portion of them.

Moreover, you can see Dhaka in some different other aspects. There are several attractive places to explore. This is the place to visit the past and create the bondage with present.

The structural relics from Mughal, colonial, and other periods will take you back in those days instantly.

If you want to know more about the old Dhaka tour, click here. You can know all the necessary information for your day-long tour in the capital city of this country.

This is one of the oldest temples in the country. The saying goes that it is 1200 years old. Mangat Roy built the temple. And he was also the younger brother of Arakanese king Shri Sudharma. The person was also famous in the name as Ballalasena.

Currently, the temple is the center of activities for the Hindus living in the capital.

One of the most attractive places in the capital is the Lalbagh Fort. This is a 17-th century Mughal structure. Prince Mohammed Azam started the construction of the fort. And then he handed it over to Shaista Khan, the governor of the city to end the construction.
Unluckily, Shaista Khan could not complete the entire construction due to the death of Pari Bibi, his beloved daughter. The tomb of Pari Bibi is still visible in the center point of the fort.
However, you will find a museum inside the fort premise exhibiting different artefacts and paintings of the Mughal era. Surely, you will feel surprised at the artefacts.

The mosque was established in 1706 and one of the most prominent structures in the capital. It is almost similar to the fort in Lalbagh. You have to take 25 steps to get inside the mosque. The number of squat domes in the mosque is three.

Moreover, there are minarets in each corner of the mosque platform and they are pointed. So, this is the must-visit tourist attraction in Dhaka.

Armenian Church is located in Armanitola in the capital. The church derived the name from the nearby colony of Armenian people during the last part of the 17th century.

Notable numbers of Christians visit the church regularly. This is a place of tranquility. You will find a congenial atmosphere inside the church building.

The mosque is locally known as Tara Masjid. ‘Tara’ is the Bengali synonym for Star.

There are towers in four corners of the mosque but those were altered later.

Khwaja Abdul Ghani was the wealthy landlord in Dhaka in the 18th century. He was one of the planners of Dhaka city and introduced numerous modern systems for the local citizens. And Ahsan Manzil has been built on his site.

Earlier, the site that holds the building was a French Factory. And it was under the domination of Khwaja Abdul Ghani.

A terrible tornado, however, damaged Ahsan Manzil after 16 years of its construction. It was a boon for the building because it was built in a massive scale after the tornado damage.

Now, this is one of the prime visiting locations for the locals and global people as well.

If you want to get some lively photos, this is a must-visit for you. You will find a large number of people of different ages and classes. They throng in the place for their respective purposes.

Besides, Sadargaht is a large river station (some term it as a river port as well) in the capital. Over 20,000 people use the port for different purposes.

Please remember, this is a place of chaos. But you will find dynamism as well in the place.

Based on all the factors, you must pay a visit to this place. Your level of experience will get a natural boost instantly after visiting the Sadarghat river station.

After the partition in 1947, India and Pakistan’s separation is a historical event. And Bangladesh was known as East Pakistan. So, the construction of this finest structure aimed to hold the assembly of this part.

The construction of the National Assembly began in 1964. But due to the Liberation War of Bangladesh, there was a break in the construction. Later, the building was completed in 1982.

Now the government of Bangladesh holds assembly inside this wonderful building. You can pay a visit here and get some photos as well.

While visiting Bangladesh, if you need something, you must visit Karwan Bazar. This is a commercial district and holds the largest wholesale market of the capital. The place is always lively and you will get lots of photography subjects.

Besides, the place is famous for the wholesale kitchen market.
Interestingly, trading of the kitchen market begins at midnight and ends in the morning. The retailers get their products and reach their respective destinations with the goods to sell to customers on a daily basis.

Moreover, there some permanent shops as well and they run during the daytime too.

So, if you want to have some kitchen vegetables or any other products, you must visit the area.

We have some preset ideas about mosques or any other religious places. But your perception level will have a change after visiting this Bait Ur Rouf mosque. This is the wonder of modern architecture.

But the typical elements that represent Islamic philosophy are absent. For instance, there are no minarets or domes in the mosque. Besides, there are porous brick walls for creating a calm prayer hall.

The skylight above provides a sufficient amount of light for conducting prayers. Architect Maria Tabassum designed the mosque following the Sultanate mosques.

You can visit the mosque too.

If you want to know the history of the liberation of Bangladesh in brief, this is a must visiting place for you.

After a long and bloody battle with Pakistan, Bangladesh was born in 1971. A large number of people lost their lives, properties for the sake of the independence of the country. Some of the exhibits show how the sacrifices of the people were in those days.

So, this is another tourist attractions in Dhaka that you must visit.

You can visit us if you want. We are one of the leading tour operator in Bangladesh that provides various types of tour packages like Old Dhaka Tour, Dhaka Museum Tour, Dhaka Photography tour and National Assembly Tour. Thanks for reading this article. Stay with us. Happy travelling. 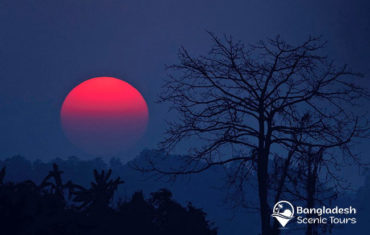 Diary of my trip to Bangladesh by Mr. Bob (Part I) 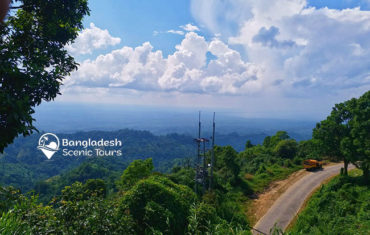